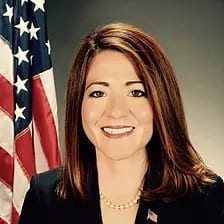 In November of 2017, the Hon. Linda Kelly Mejias became the first Latina elected to the Nassau County Family Court and indeed the first person of Latino descent to be elected to any County-wide Judgeship in Nassau County.

Judge Mejias is active in her local community and church as a mentor, Sunday School teacher and leader. Judge Mejias is passionate about helping young women understand and appreciate their full potential and guiding them in achieving that full potential through a unique approach to learning and growth in all aspects of their life. Her philosophy is one of balance. She teaches her mentees to take the time to develop and take care of themselves in the various areas of their lives – education, professional, health, spirituality, and relationships. She has also worked within the minority communities on Long Island through various organizations such as the Long Island Latino Teacher’s Association, Girl’s, Inc., and the Latina Moms of Long Island to teach students and parents about the value and necessity of higher learning and education, as well the importance of working hard in school and in any employment in order to achieve the “American Dream”.

Judge Mejias is a Past President of the Nassau County Women’s Bar Association (NCWBA), and has previously served as a member of the Board of Directors, and has held the officer positions of Vice President of Membership, Treasurer and Corresponding Secretary.

She has received numerous awards and citations for her achievements and activities in the legal community and the local community.

Judge Mejias previously served as the Principal Law Clerk for the Hon. Edmund M. Dane and the Hon. Edward A. Maron in Nassau County Supreme Court.

On a personal note, Judge Mejias is a First Generation American, whose Mother immigrated to the United States from Ecuador in 1963, and whose Father was exiled from Cuba in 1962 as an anti-communist leader. She is fluent in Spanish, and proficient in German and Italian. Judge Mejias is also a devoted mother to her treasured son, Davey.